Maddie and Morganna Tell Us How To Master Mariah

I just got back from a fun week at the Romantic Times 2016 convention in Las Vegas and guess what? My friends Maddie Taylor and Morganna Williams stopped by to welcome me home. They brought along a steamy peek at their new romance Mastering Mariah. 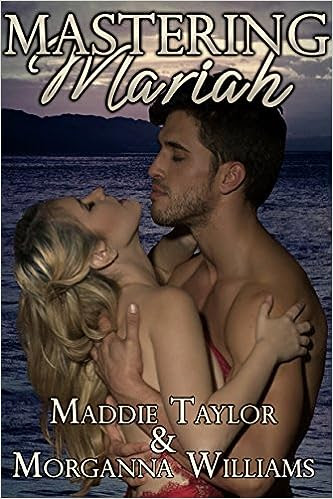 Mastering Mariah
Though Dimitri De Luca is everything she could want in a man and in a master, the scars of Mariah Charmant’s past keep her from surrendering fully to his dominance and embracing the lifestyle she has always craved. Yet as her trust in Dimitri grows, so does the pleasure she experiences beneath his skillful hand, and Mariah soon finds herself submitting to him in ways she had promised herself she would never submit to a man again.
Her own romance is far from the only one on Mariah’s mind, however. As head of guest relations at the high-end BDSM-themed resort Dimitri owns and operates, she works hard to ensure that the kinky needs of the guests are satisfied, even if that means playing matchmaker from time to time. But when she goes behind Dimitri’s back to set the resort’s world-renowned chef up with a feisty little submissive who is just perfect for him, she ends up earning a thorough chastisement from the man who is both her boss and her master.
Mariah does her best to help each guest live out their perfect fantasy while keeping her own meddling behind from being draped over Dimitri’s lap too often, but her efforts are interrupted when trouble rears its ugly head in Pleasure Bay. With the threat of a violent tropical storm and a dangerous individual from Mariah’s past both looming, can Dimitri battle man and nature to rescue the woman he loves before it’s too late? And if he brings her home safe will Mariah at last be ready to belong to him completely?

Keep up with Maddie and Morganna at the following links -