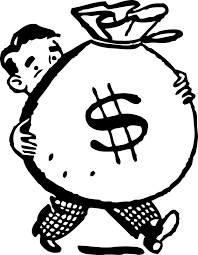 Romance/erotica is the best-selling genre in the book business.  Sales totaled a whopping $1.4 billion in 2013, nearly double that of #2 on the list, the crime/mystery books.  The numbers for 2014 aren't out yet, but there's no reason to believe that trend is going to change any time in the near future.

Like many other writers making big bucks in this genre, the woman quoted in the article above uses a few simple tricks to generate that kind of money, one of which I'll examine below.  (The rest of her secrets, along with those of other best-selling erotic romance writers will be detailed in later posts.)  She declined to give her pen name in the interview, which always makes me question just how real her numbers are.  But statistics show that most published authors make less than that in a full year.  So even if she exaggerated and doubled or quadrupled her actual income, she's still doing better than 90% of us.

One trick she uses is to keep her books around 10,000 words.  Personally, I'd find it hard to call something smaller than the instruction flyer that comes with a piece of Ikea furniture a book, but apparently the formula works for her.

Another author who says she's pulling down around the same amount is Kathryn LeVeque.  Her books fall into the historical and medieval sub-genre of romance, rather than erotica.  In an interview a few days ago by the New York Times, she says she's recently put her books on Kindle Unlimited, dropped her prices to .99 on many of them, and is selling more than ever.  In the article, she admits that not everyone can go that route.  Like a big-box discount store, she's making up for the low prices with big numbers of sales. But she's able to do that because she has years and years of finished work behind her.

“I am able to drop prices and, by sheer volume of sales, increase my income,” she said. “Most authors can’t do that because most of them don’t have 50 novels for sale."

Le Veque's romances are sweeping sagas, running to hundreds and hundreds of pages.  She confesses that she feels pressured to keep up the output, sometimes writing 12,000 words a day.  Just thinking about that has me reaching for the nearest piece of chocolate!

But don't panic.  You don't have to choose between cutting out minor details like plot or character development and being chained to your computer.  According to the latest statistics from Amazon, there is a sweet spot most of us can use as a guideline. That's 20,000-40,000 words.  Books of that length appeal to our need for instant gratification. They can be read (and written) relatively quickly and priced to sell for around the cost of a Starbucks latte.

Join me Jan.14 for Five Tips on Writing Erotica And One NO NO