SatSpanks - Tess Gets Spanked For Lying 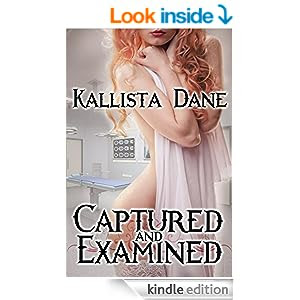 She kicked him then, right in his bad knee, with Remy’s hard boot.  He swore and pulled her face-down across his lap.

“If you were a man, I’d knock you out cold for that, wait till you woke up, then knock you cold again.”  As he spoke, he was yanking the jeans down, exposing her bare bottom.

“I can’t beat you up, but I certainly can blister your ass.”  His hand cracked down on her left buttock, then on her right.
“You’re going to tell me the truth this time,” he growled.  “Or I swear I’ll whack you till you can’t sit down for a week.”

When her father tries to force her to marry fat, old, drunken Owen Leary to preserve the family lands, Tess O'Rourke runs away from home. She gets lost on the heath in the midst of a ferocious storm and loses consciousness, only to awaken in a cave, naked and shivering, staring into the eyes of a handsome stranger. To her dismay, the man questions her in an unfamiliar language and then spanks her bare bottom when she tries to run away.

After computers all over Europe are hit with a crippling attack, Quinn, an ex-Navy SEAL now working for NATO's cyber-terrorism squad, is dispatched to the Irish coastline in search of the problem’s source. It is there that he discovers a naked Irish lass hiding in a cave near an ancient stone outcropping. After she attacks him and attempts to flee, he brings the defiant girl back to his headquarters with a well-spanked bottom. Once there, his medical team conducts a thorough examination, leaving his captive deeply humiliated and even more determined to escape.

Quinn has no intention of letting her go until he gets the truth, but Tess speaks only Gaelic and seems to know nothing of modern day life, and hard as it is for him to believe, over time Quinn becomes convinced that she has somehow been transported from the past. With each passing day his feelings for the feisty redhead grow stronger, and when he discovers that his superiors plan to lock her up indefinitely and study her like a lab rat, Quinn risks everything to rescue her. But can he keep her safe long enough to unravel the mystery that brought her into his life?

Ready for more?  Hop on the blog tour and get a peek at the hottest scenes from the best spanking authors around!