Zander's Cure For a Spanked Bottom - Taken and Tamed 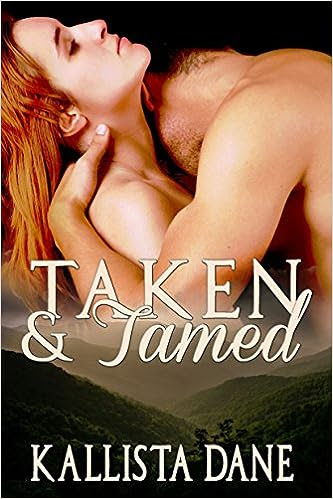 To her surprise, Zander rolled her over onto her stomach.  “Get up on your knees.”
He swatted her once, just hard enough to make her gasp.  “I said get up on your knees - with your head resting on the bed.  Unless you’d like another spanking for disobeying me?”
She scooted up.
“Now spread your legs...wider.”
The next instant, his tongue traced a hot wet path down the crack of her ass.  Wild hunger drove all thoughts of decency and shame out of her mind.  She arched her back, offering herself to his probing tongue.

As an author of true-crime novels, Cass Newcombe has visited supermax prisons, interviewed hit men, and explored the minds of serial killers. But none of that could have prepared her for Zander Coleman. Within moments of meeting Cass, the devastatingly handsome former mob enforcer has broken through her professional persona in a way few men ever have before, leaving her heart racing and her mind filled with images of her naked, bound, and at his mercy.

To her shock, Cass’s interview with Zander has barely ended when she suddenly becomes an unwilling participant in a prison break. After using her as a hostage to make his getaway, Zander heads for a secluded cabin deep in the with Cass along for the ride. Despite his promise to release her once the search for him has died down, Cass is determined to make a run for it sooner rather than later.

But Zander is not a man to be outwitted easily, and after a failed attempt at escape she ends up thrown over his shoulder and dragged unceremoniously back to the cabin. Stripped bare and held over his lap for a long, hard spanking which leaves her sobbing and promising obedience, Cass has never felt so humiliated in her life. Yet when the punishment ends at last and Zander tosses her on a bed and takes her long and hard, Cass finds herself not only submitting willingly but actually yearning for more.

Though Zander knows it’s only a matter of time before they’re tracked down, he cannot deny that he is beginning to feel more than just a powerful lust for his sexy captive. But he has a secret he doesn’t dare share with Cass… one that could easily cost them both their lives.

Need another spanking?  Hop on -