Punished By the Sheriff


Happy New Year, everyone!  This is my first post here, so be gentle - I'm a WIP IT UP virgin. (Blushes) 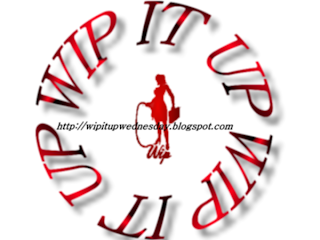 My newest release, an Old West spanking romance, will be out this weekend but right now I don't even have a firm title.  So I'm calling it Punished By the Sheriff.

Liza Mae Danvers is a charming con artist who makes her living at the poker table, fleecing gullible cowboys of their hard-earned wages. When one of her marks catches her cheating, two others rush to her defense, causing an all-out saloon brawl.


Blackthorne looked down at the woman in his arms, cursing himself for a fool.  She leaned against his broad shoulders, allowing him to cuddle her.  Soft tendrils of golden hair curled around her face, escaped from the perfectly arranged chignon she’d worn when he first laid eyes on her.  She looked soft.  Sweet.  Vulnerable.  A far cry from the defiant, slightly tipsy woman he’d dragged into this office a short time ago.

What was it about that streak of defiance that egged him on, made him vow to conquer it?  She definitely awakened all his masculine instincts, not just the one between his legs.  The need to control, to show his dominance.  Yet at the same time, he felt protective.  There was no doubt about the fact that if a man had stolen that watch, he’d have been locked up in Canyon Diablo’s jail right now.  Instead he had taken the thief in his arms.
Blackthorne sighed.  He’d allowed his cock to overrule his judgment.  He knew he should have locked her up and walked away.  Gone upstairs and thrown himself on the bed with a pillow over his head to drown out the shrieks of rage she’d no doubt have uttered.  Spanking her had been the furthest thing from his mind at first.  But she went on digging herself deeper with her lies until he snapped.

He’d only meant to shock her, scare her a little.  Show her that getting drunk and cheating at cards was a dangerous business.  Treat her the way he’d treat a young girl who’d been caught doing something naughty.  But that creamy white ass turning a rosy red as it wiggled on his lap, the hot little mound covered with golden brown curls grinding against his cock…Blackthorn stifled a groan.  Even now, after fucking her until they were both drenched in sweat, he felt himself stiffening again at the memory.

Ready to WIP IT UP some more?  Check out the other hot blogs!