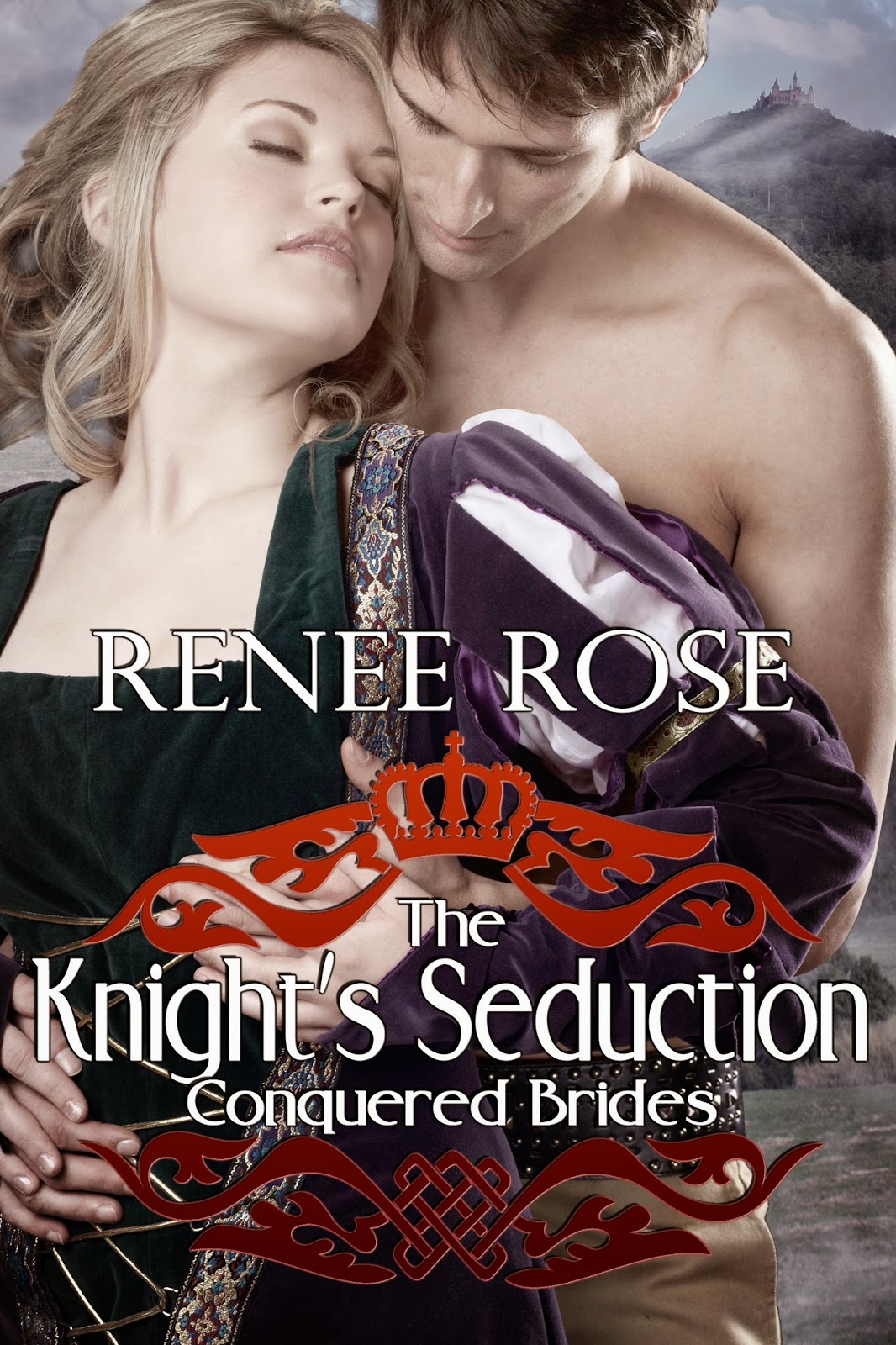 Kallista, thank you so much for having me here today!  I was lucky to be part of a new medieval spanking romance box set with authors Sue Lyndon, Ashe Barker, Korey Mae Johnson and Dinah McLeod.

All the stories begin with the sacking of Hohenzollern Castle, when the heroines of the books are carried off by the conquering knights.  My story follows Lady Daisy, a young woman who suffered a terrible fate when her castle had been sacked years ago, and now is terrified to be with a man. Her new husband, has a very coaxing, yet still dominant way with her.  They strike a bargain--she must give her body over to his seduction and he will not consummate the marriage until she begs him for it. Certain she will never do such a thing, she agrees.
Here’s a scene with the two of them:

She turned her face away. She would go hungry before she let him feed her again.
“Do you want that spanking here, Daisy?”
Her bottom automatically clenched at the word spanking, and hot tingles crawled across her cheeks as if he had already delivered a few stinging blows. Maddeningly, a drip of moisture caressed her folds, dampening her skirt below. Dearest Virgin, what if it soaked through her skirts and he felt it on his thigh? She tried to shift, but he held her too close to move.
Why did he have this effect on her? She’d become all quivery, her body trembling, her breath short. She would never forgive him if he spanked her in public. His ability to stir such responses angered her further. She pressed her lips together to keep from snapping that she hated him.
He lifted the bowl again.
She had no choice but to drink from it.
“Good girl,” he said.
Her sex pulsed. She watched the bowl approach, as if in slow motion. Her rational self tried to stop the impulse, but it was too late. She shocked them both by sinking her teeth into the meat of his thumb, cutting through skin and tasting blood. She released it as quickly as her jaws had snapped, and looked at him in horror, knowing she’d just gone too far.
He had jerked in surprise, slopping porridge down the front of her dress, but strangely, he made no sound—no roar of surprise, nor angry tirade.
She waited, trembling like a leaf, for him to upend her in front of the entire castle and give her the promised public spanking. Had that been her goal? Impossible—it was too horrible to even contemplate. And yet, if not, why had she baited the bear, so to speak?

The Conquered Brides Collection
When the castle they called home is besieged and ultimately falls, five women are captured and carried off as wives by their foes. Will they be treated as no more than the spoils of war, or can their new lords prove themselves worthy of the love and submission of their conquered brides?

The Knight’s Seduction by Renee Rose
Avowed to never again yield to a man’s ill-treatment, Lady Daisy stands ready to fight to the death when her castle is sacked. The imposing knight Sir Barrett has other ideas, however, and to her dismay, Daisy soon finds herself not only disarmed, but soundly spanked as well. Sir Barrett takes her as his captive bride, but when she shows real terror at the prospect of consummating their marriage, he offers her a bargain. She will offer her body to him and accept the pleasurable torments he inflicts, but he will not claim her fully until she aches for it so badly she begs him. Certain she will do no such thing, Daisy agrees, but can she resist the knight's seduction?